The Columbia River (CR) is the main river of the western coast of North America. The CR mouth is located between Oregon and Washington states. The CR is a mesotidal river and its estuary alternates between a moderately and a strongly stratified system. The bathymetry is characterised by two major channels merging close to the mouth in a shallow estuary. 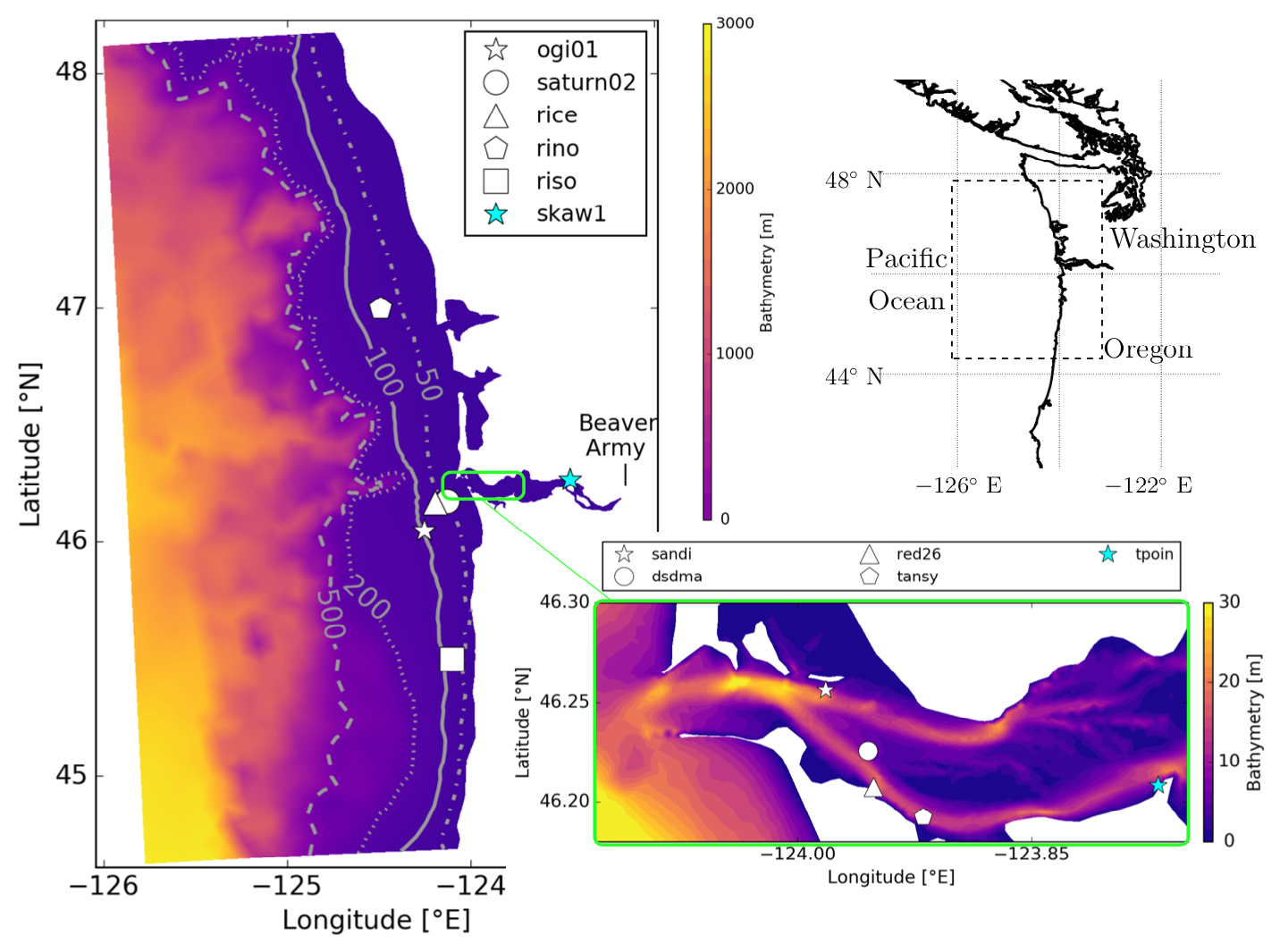 The horizontal mesh covers the CR estuary, part of the river, and the adjoining coastal ocean. The resolution is increased in the estuary and near the coastlines. The vertical discretization is a combination of sigma and z layers, with terrain-following sigma coordinates in shallower areas and staircase-like z coordinates in deeper areas. 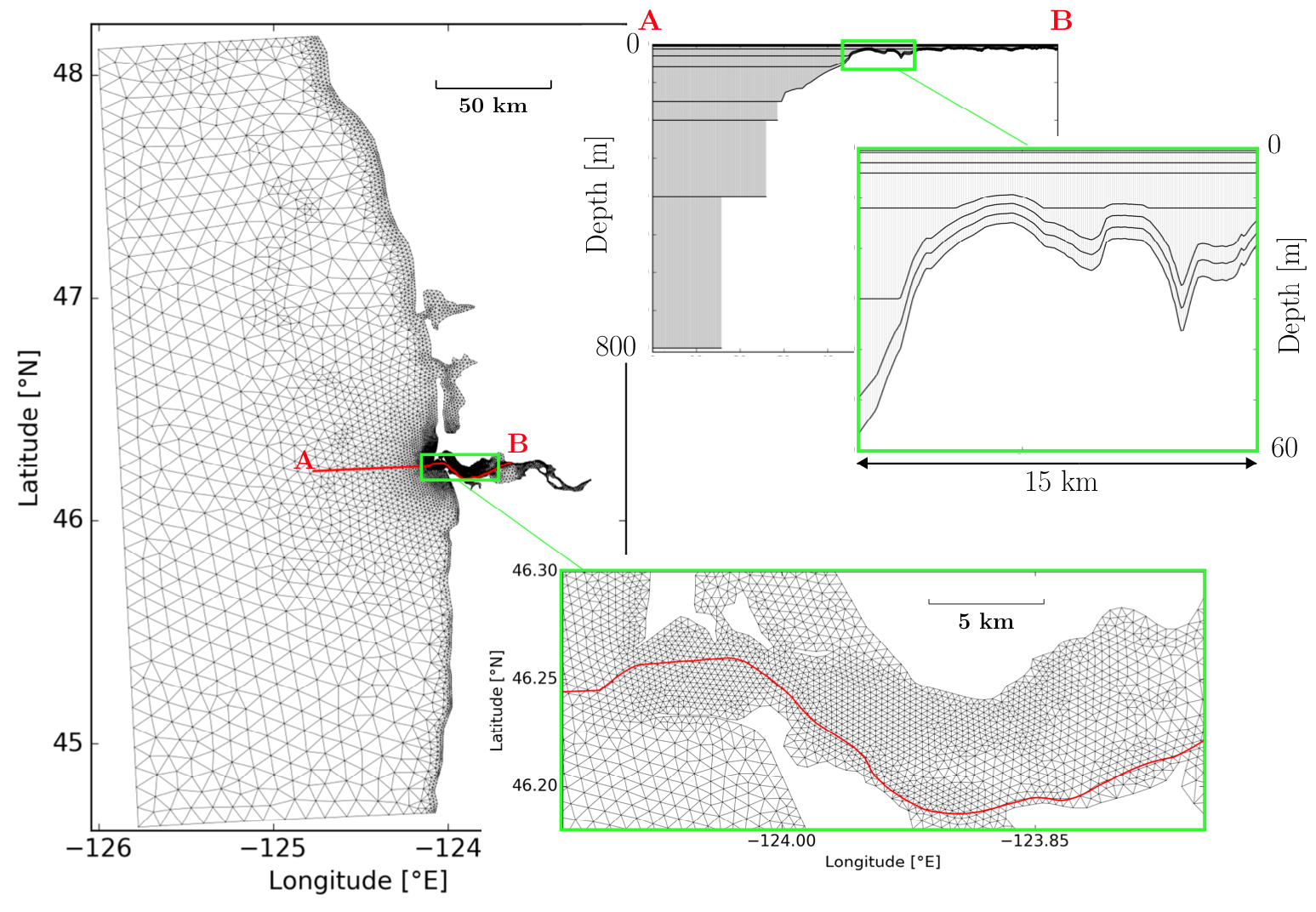 Water outflowing from the CR mouth spreads into the Pacific ocean, forming a river plume. Strong winds can create major changes in the development of the plume as reversals in wind lead to rapid changes in the plume orientation. SLIM 3D is able to reproduce the strong wind-induced variability of the CR plume during late Spring of 2006. 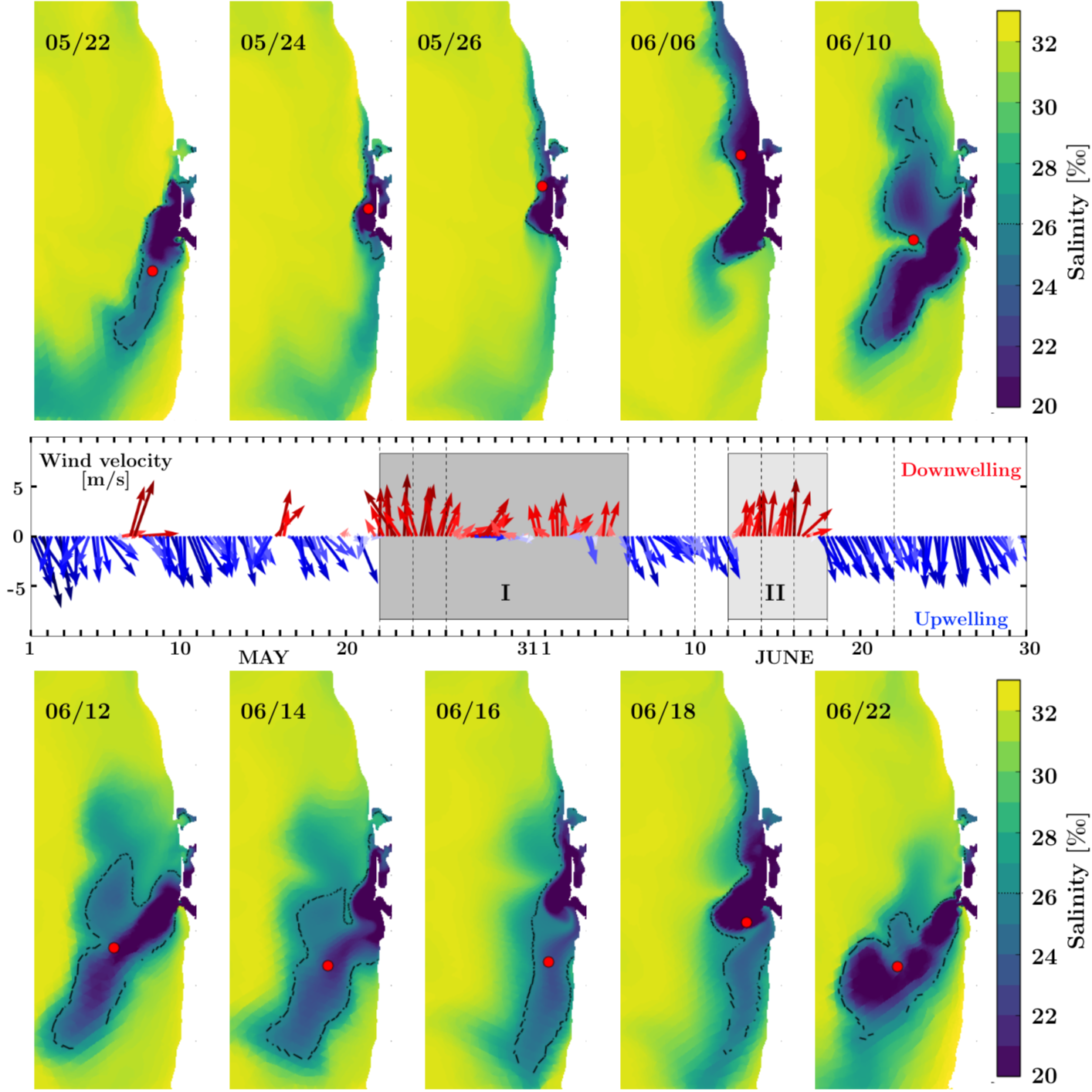