The Great Barrier Reef (GBR) is the world’s largest and most complex coral reef ecosystem. Located on the continental shelf off Australia’s north-eastern coast, roughly 2,600 km in length and up to 200 km wide, the GBR is home to a vast array of marine species, including over 600 species of coral and 1600 species of fish. The water currents flowing through the GBR can act to transport marine organisms from one place to another, resulting in the exchange of individuals between populations in different habitats. This is known as connectivity, and is a fundamental process for the dynamics of many marine ecosystems.

By using SLIM2D, we can simulate the dispersal of marine organisms such as coral larvae or seagrass propagules through the GBR, and in doing so to gain new insights into the connectivity network linking the different habitats of the GBR. SLIM2D can achieve a resolution of about 200m near the >3000 reefs and islands composing the GBR. It can therefore explicitly represent small-scale flow features such as tidal jets and recirculation eddies that have a strong influence on larval transport near the source reefs. 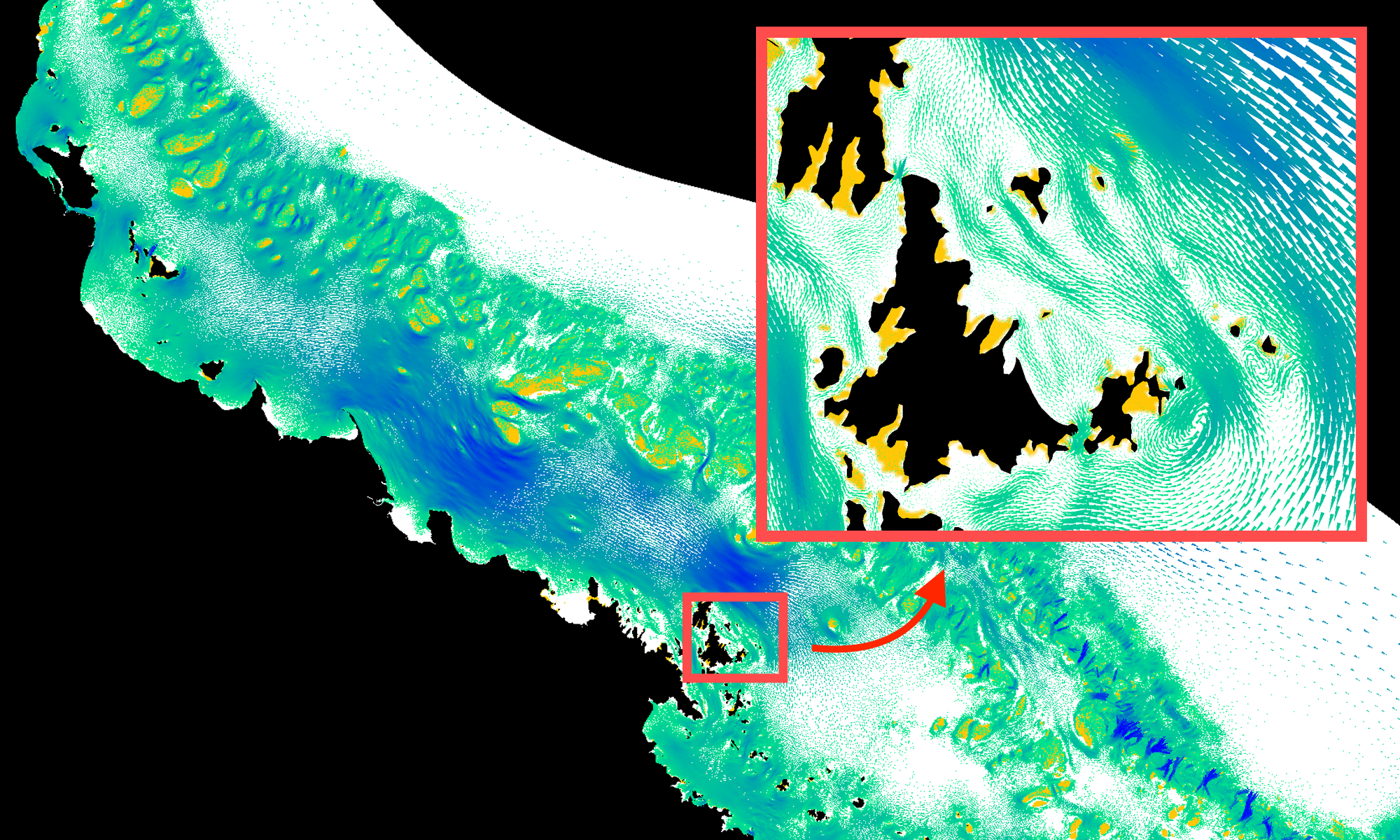 The simulated currents can then be used to model larval transport with the Lagrangian particle tracker. Beside simulating the transport by the currents, this model also simulates the main life-history traits of marine organisms such as mortality, competence loss/acquisition, directed horizontal swimming and settlement onto a a given marine habitat. The Lagrangian particle tracker generates a large connectivity matrix whose elements give the strength of the connectivity between every pair of habitats (such as reefs) in the domain, where the connectivity strength is at this point defined as the number of larvae released over the source habitat which settled onto the sink habitat.