Lake Tanganyika is situated in Eastern Africa. Its length and width are of the order of 650 km and 50 km, respectively. Its mean depth is 570 m but it has a maximum depth of about 1470 m in the northern basin. That makes it the second deepest freshwater lake in the world. During the dry sea, strong winds are blowing northwestward along the main axis of the Lake. During the wet season (approximately from September to April), the winds are generally weaker. 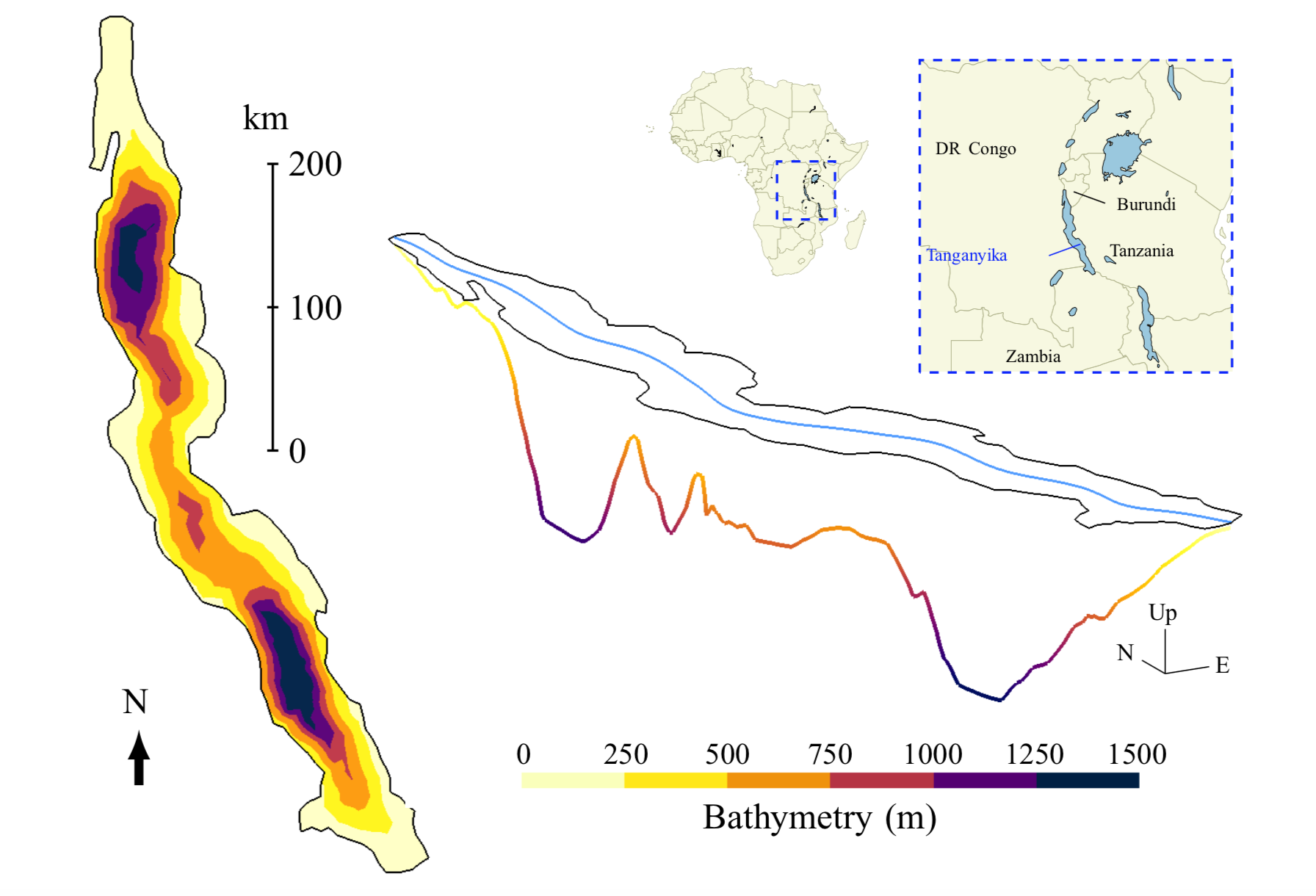 Lake Tanganyika is divided in two main layers : the upper layer (epilimnion) with relatively warm water and the lower layer (hypolimnion) with colder water. These layers are separated by a region of sharp temperature contrast, the thermocline. SLIM3D correctly reproduces the intraseasonal and seasonal dynamics of the thermocline, which are mainly driven by the wind stress. The observed and simulated temperature vertical profiles in the Southern tip of the lake are shown below.

In the video below, the leftmost panel represents the time evolution of numerically simulated thickness

of the epilimnion. Lake-wide, internal gravity waves (directly or indirectly induced by the surface wind stress) are visible as well as internal Kelvin waves, which propagate along the lake boundary in a clockwise direction. This classical view of the surface dynamics of the lake provides no information as to long-term water exchanges (essentially by entrainment or detrainment) between the upper and lower layers. To gain insight into these processes, which are of a crucial importance for the lake’s ecology and, ultimately, subsistence or industrial fisheries, we studied the progressive replacement of the epilimnion water by water originating from the lower layer (identified by subscript «

» ). It takes less than a year for most of the epilimnion water to be replaced (middle panel of the video). 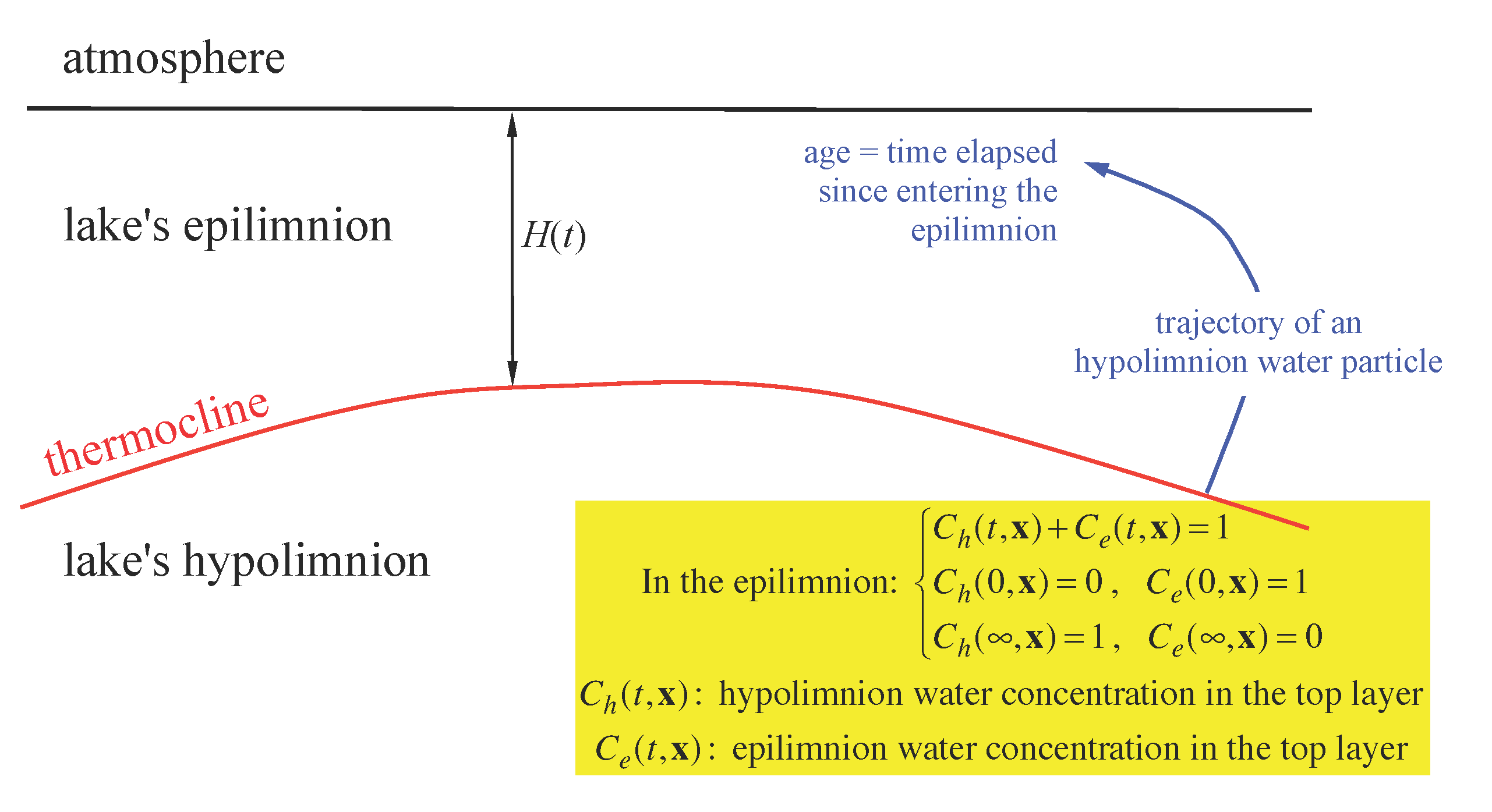 , is equal to unity and, as a result, is no longer instructive. There is, however, another diagnostic variable that retains its explanatory value over time. It is the age in the top layer of the water originating from the hypolimnion,

, whose evolution is depicted in the rightmost panel of the video. The age is the defined as the time elapsed since crossing the thermocline. In the wet season, the water is rather old: water fluxes through the thermocline are relatively small, owing to the smallness of the wind stress during this period of time. By contrast, during the dry season, the wind stress is significantly greater, enhancing the water renewal rate, thereby diminishing the age of the top layer water. The rejuvenation of the water begins in the southern part of the lake, for it is in this region that most upward water motions take place.