The Scheldt basin, located in Northern France, Belgium and the Netherlands, represents an extreme case of water pollution due to the high population density (over 500 inhabitants per square kilometer), active industrial development and its intensive agriculture and animal farming.

As the Scheldt Estuary is generally well-mixed with little or no vertical structure and small salinity gradients due to a small residual flow, a depth averaged 2D model is therefore sufficient for capturing the dominant dynamics. The width of the estuary ranges from 8km near the mouth (at Vlissingen) to 1.5km near the Dutch/Belgian border narrowing down to 50 meters in Ghent. As it is fairly impractical to use a 2D model on such narrow channels, the rivers upstream of Hemiksem are described with a 1D model. 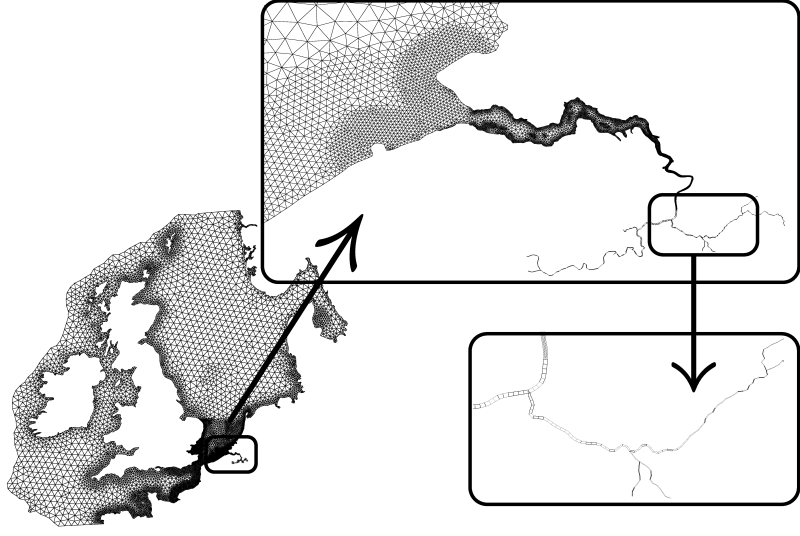 SLIM can simulate the barotropic flow in the North Sea and then the propagation of the tidal signal in the estuary and the in the branching river network. By using a wetting and drying algorithm, we can explicitly represent emerging sandbanks at low tide (shown in black). The model has been further used to simulate the transport of fecal bacteria, sediments and radioactive tracers in this multi-scale domain.