Nested in the Altiplano region between Bolivia and Peru at a staggering 3,812m altitude, Lake Titicaca is the largest freshwater lake in South America (area of 8,372 km²). Due to its specific geomorphology, it is home to a unique diversity of species and ecosystems of global significance. The lake is composed of two main parts: Lago Mayor in the north (83.4% of the total surface and reaching depths of 250m) and the smaller and shallower Lago Menor in the south (average depth of 9m and max depth of 42m). 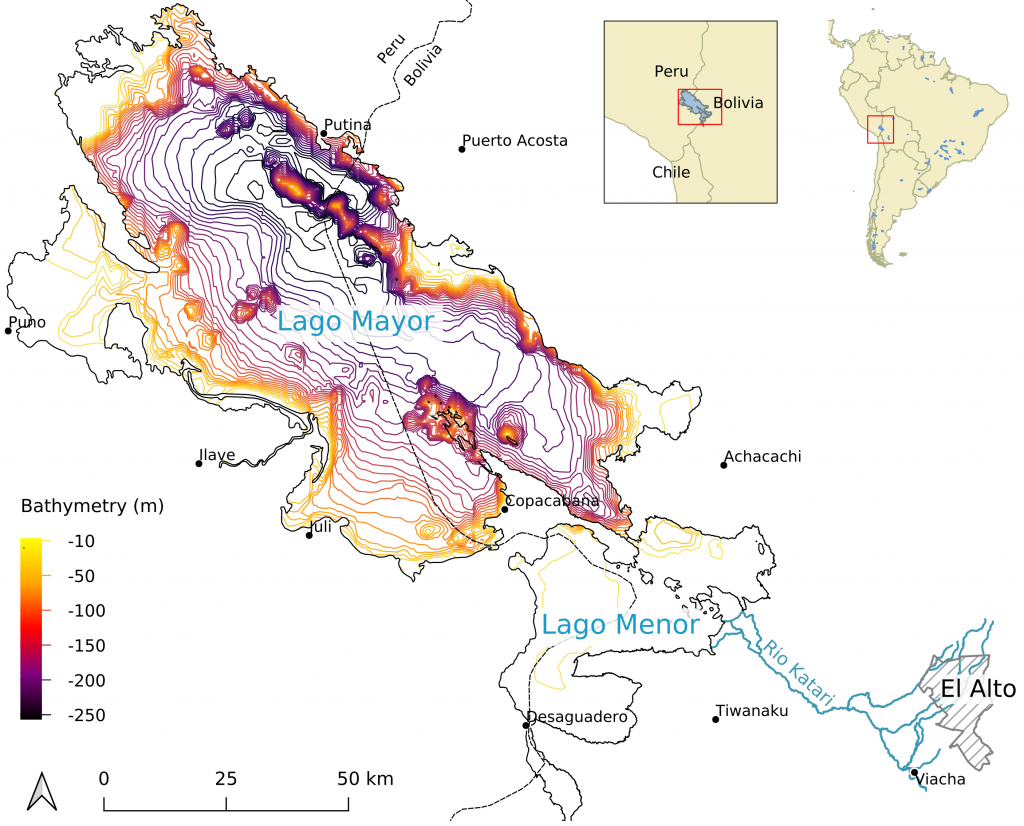 In the past few years, human activity around the lake has been pointed out as the cause for major ecosystemic changes in the lake. More specifically the south-eastern side of Lake Titicaca is particularly affected by the upstream wastewater discharge. The Katari River that flows into Lago Menor carries water that is contaminated by the highly populated city of El Alto (9.22×10^5 inhabitants in 2018) and by other neighboring municipalities. This intake of nitrates and other nutrients causes eutrophic water conditions which leads to algal proliferation. Hence, in this portion of the lake, algal bloom events have become seasonal, causing great damage to the indigenous flora and fauna.

For this application, a NPZD type model was coupled to the SLIM 3D in order to build a eco-hydrodynamic model that simulates the dynamics of Nitrogen-based nutrients, Phytoplankton, Zooplankton and Detritus within the lake. In order to grasp the spatial dynamics of phytoplankton within the lake, a three-dimensional domain was considered for this for this application. The top horizontal mesh was composed of 2.8×10^4 triangular elements. Over the vertical, this mesh was extruded into up to 15 layers, resulting in a 3D mesh composed of 2.1×10^5 triangular prismatic elements. 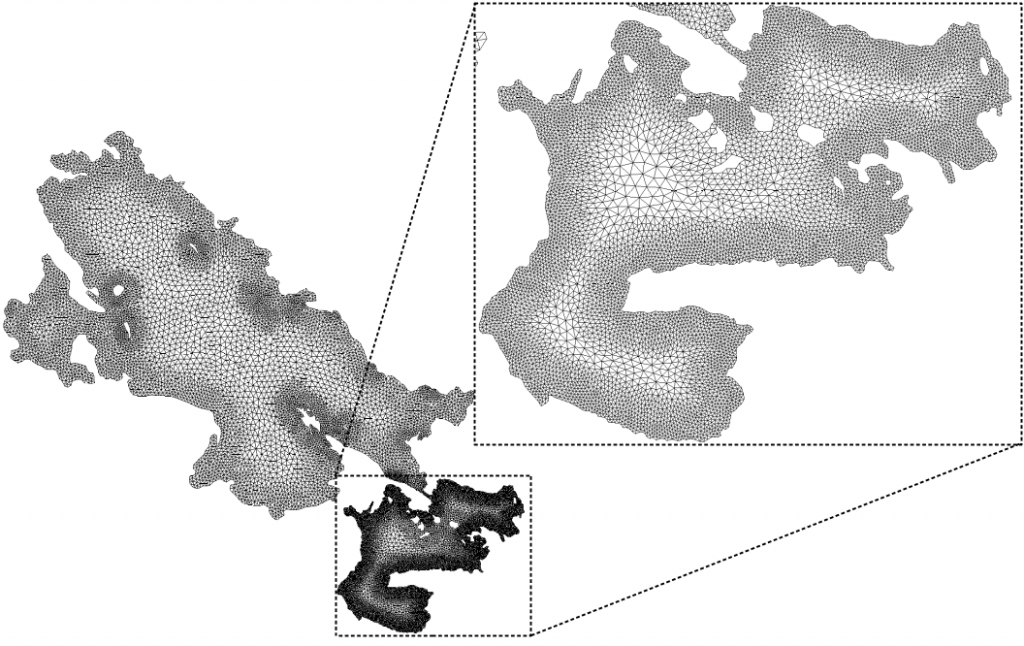 Running the model on a 17 months period allowed us to replicate the algal bloom events that occur in the south east side of Lake Titicaca at the end of the wet season. Indeed, by imposing an estimated discharge of Nutrient to Lago Menor, we were able to see the proliferation and spread of Phytoplankton in the affected areas similarly to the 2015 observations. This simulation allowed us to locate the most affected regions and to predict the ones that are most susceptible to be affected.

With this model in hand, by generating different contaminations scenarios, we now have the ability to find solutions to the environmental problem of Lake Titicaca, a problem that is affecting the natural ecosystem of the lake as well as neighboring communities. The zones at major contamination risk can be identified and remediation efforts can be planned accordingly.